2022 marks the 50th year of Leeds Women’s Aid’s work supporting women and children affected by domestic violence and abuse. To mark this incredible milestone, we will be producing a set of blogs to explore our current and past work. First off is a history of our refuges across our 50 years in action.

Emergency refuge accommodation is one of the most fundamental support services we offer. For women and families who need to leave their homes to escape abuse, our refuges are vital safe spaces of support and community, where they can recover from the impacts of domestic abuse and build a fresh start.

Refuges have long been recognised as integral to the anti-domestic violence movement. Thus, they have been a key part of Leeds Women’s Aid since our inception. In 1973, a year after our foundation, a group of local women convinced Leeds City Council to give them two dilapidated terraced houses in Burley. Together, they restored these terraces into safe homes that could house up to 10 women and 15 children at any one time. As a result, the first UK refuge outside of London was opened in Leeds.

In the years that followed, Leeds Women’s Aid united with other feminist activists to build the refuge movement across the UK. This collaboration soon became the National Women’s Aid Federation of England (WAFE), which co-ordinated the ethos and practice of domestic violence organisations.

The Next Decade: The 1990s Onwards

Over the next decades, Leeds Women’s Aid refuges grew to meet the evolving needs of victims-survivors. As the 1990s approached, we expanded our refuges across three sites to become the then largest refuge in the UK. In the 2000s, we renovated our largest refuge to create 11 self-contained flats. In doing so, we became one of the only UK refuges to offer self-contained accommodation for large families.

In the same year, the local Sahara Black Women’s Refuge was regrettably decommissioned and closed down. This closure took place in the context of deep cuts to domestic violence services during government-enforced austerity. In response, Leeds Women’s Aid opened its second independent, non-commissioned refuge, Warwick House, to ensure provision was not completely lost for women in Leeds.

This refuge still remains today. We also remain committed to ensuring that women of all races and ethnicities can access the very best support to cope with the impacts of abuse. We continue to ensure that our workforce reflects the diversity of the women we work with.

This decade ended in happier news, as 2017 saw the return of the Emmeline refuge to us. This news signalled a steady period of growth as we entered our fifth decade.

Today, our refuges are still a vital part of our work. We manage 4 refuges and 10 independent self-contained dispersed houses, which house hundreds of victims-survivors every year.

Since 2020, our refuges have evolved to meet unprecedented need and provide safe, welcoming accommodation for victims-survivors during the pandemic. During the past year, our Children and Young People’s team has also expanded. This development ensures we can provide the very best child-centred support, including music and art therapy, in our refuges, communities and schools. 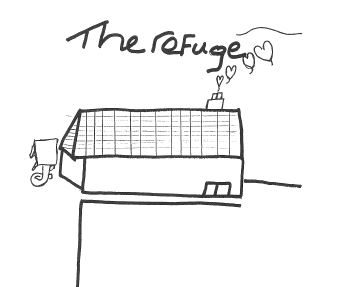 “Every family deserves somewhere safe and welcoming to live their lives free from abuse and harm. While we continue to work towards a day where refuges are no longer needed, we are proud of our long history of providing safe homes and communities for women and children when they need it most.

Over the past five decades, we have been privileged to work with some incredible people, to witness our clients’ strength and resilience in the hardest of times and support their journeys into brighter futures. As we look forward, we are grateful to the continued dedication of our wonderful staff and generous supporters, who have helped us to grow from two terraces in Burley to the largest women’s charity in Leeds.”

How You Can Support Us in Our 50th year

As part of our 50th anniversary, we are fundraising for a brand new outdoor space for our Emmeline refuge. This new outdoor space will include a modern, refurbished children’s playground and dedicated tranquil garden space for women. This relaxing environment will help women and children as part of their recovery from the impacts of domestic violence and abuse. Clients have also stressed the importance of a garden to them, with one client valuing outdoor space as “a place I can connect with my children”.

If you would like to support this fundraising appeal, please visit: https://localgiving.org/appeal/LeedsWomensAid50thAnniversary/

If you would like some support or more information on how you can access our refuges, please get in touch: